You Never Knew was released in December of 2014. It is a collection of eleven solo and co-written songs, including one from Wayne’s 2006 CD, The Present. The repeated song is the folky “Gettysburg”, which was added to two newer, unrelased songs about the War Between the States to form Wayne’s “Civil War Suite”. 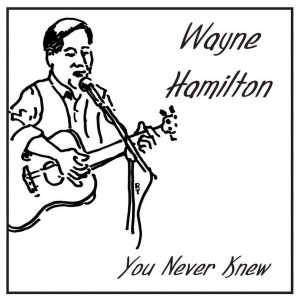 A Packrat’s Mind
The story in this song came from published fiction writer Louie Lawent, who was living in the Northwest at the time (we still have never met face-to-face). He asked me to take the tale of his character, Stanley Bing, and set it to song. An odd individual, Stanley had collections of a wide variety of “things” he simply had to keep closeby. My thanks to Jason Kapel for his work on bass and to NIgel Egg for the feel that his harmonica brings to the cut.

Crazy Heart
This is another co-write, drawn from a previously penned tune by my friend Richard Schletty. We had lengthy conversations about his concept, and I eventually asked him if I could take it in a different direction. He agreed, and from the germ of his idea came a deviation that pleased us both. Only three performers do all you hear on this cut:  my vocal and Lonnie Knight’s haunting guitar are two; all else was amazingly arranged and performed by Paul Folwell.

You Never Knew
The title cut was a solo write drawn from a chord progression I’d learned years earlier. Though ballads, especially “guy crying in beer” ballads are not a regular path for me, this cut came quickly, both lyrics and melody. It got the title because I think it’s unique on this collection, along with the fact that I really like it. Jason plays bass, his dad Mike plays traps and I’m on guitar – a nice little trio!

Civil War Suite (3 songs)
Common Ground
The first two songs in the suite came to me from lyricist Dennis Goodwin, who lives in Georgia. Dennis is another co-writer I’ve never met personally, but I like his stories. This tune tells of two Kentucky brothers who took opposite sides in the “un-civil” conflict, and who paid the ultimate price for their beliefs. Jed Germond’s fiddle adds nicely to the tense and tragic nature of the story. Jason Kapel is on bass.

Ghost In Rebel Gray
I fairly leapt at this Dennis Goodwin story – it’s about “The Gray Ghost”, John Singleton Mosby, who engendered a heap of trouble for Union troops, along with a 60s TV series based on his exploits. My father’s aunt was married to one of Mosby’s grandsons, so it was a mixture of chance and irony that brought it to my doorstep. Thanks to Craig Evans and his clawhammer stylings for adding a touch of the era to the cut. Jason Kapel is back on bass. 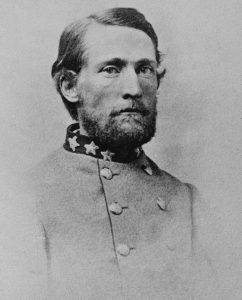 Gettysburg
Told from a Union soldier’s point of view, this story’s central female character, Jenny Wade, was the only civilian to die during the battle in July of 1863. The cut features Matthew Fox on guitar, Michael Loonan on cello, Josh Misner on fiddle, and Matthew Richards on snare drum. 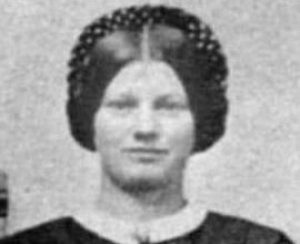 Mary Virginia “Jennie” Wade, the only civilian killed at the battle of Gettysburg

Far Side Of Gone
A song about trust – or the lack thereof. Larry Suess, who co-wrote the song, plays piano and helps out with backup vocal harmony. Paul Folwell also sings backup, Jason Kapel is on bass, and Jed Germond joins the crew on fiddle. It’s a toe-tapper with a guy who really doesn’t have a clue.

Northfield
This is a story about a modern-day wanderer who finds, among other distinguishing characteristics in this lovely little town, the place where Jesse James expected to have a easy time of robbing a bank in Minnesota farm country. It wasn’t quite as easy as he thought it would be. A simple, folk-like tune with Mike Loonan on lead guitar, Jason Kapel on bass and Mike Kapel on drums.

That Kind Of Trouble
This is a co-write with Nashville songwriter Marc-Alan Barnette. Marc-Alan shares my love of humor in music, and this is a funny take on temptation. Mike Loonan swings on lead guitar while Jason rocks the bass and Mike Kapel holds us together on drums.

Bad Company
Co-writer Corey Tanner had a great hook on this “another lost love” tune. Rather than creating a funereally paced sobber, it’s a mid-tempo ballad that focuses on how the things that are left behind can hurt the most. Featured players are Kevin Minke on pedal steel guitar, along with the Kapels.

Bonus track:  A Christmas Song For You
A new holiday tune patterned after the old verse-refrain style, it’s a recollection of what the “Big Holiday” is like for someone who’s far from the places and people that created his earliest memories of that festive time of year.