It’s tough to write in a vacuum, e.g., having no one there during the writing process to provide input, feedback, new ideas, etc. I think that’s why co-writing was invented! Personally, I LOVE working with others in creating new music. Maybe that comes from my training in the theatre, THE most collaborative art form. This collection of seven songs includes tunes I regularly play when performing live, and I like all of them!

In addition to the joy of writing collaboratively, modern recording technology allows us to experience more joy in the production process. Many of the performers recorded their tracks in their home studios and stored those recordings in ” the cloud,” to be pulled down for inclusion on specific cuts. We employed this method for the first time with the release of the Smallest Sign EP; it’s quick, efficient and a great way to get music out to the public. 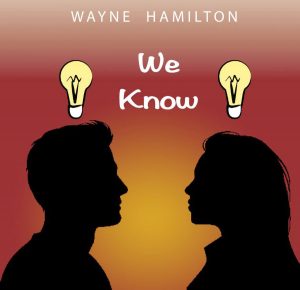 Lose To Win
Jacson Miller brought this hook to a co-writing session in 2014, whereupon we commenced work on it! The message is that when something bad happens, there’s usually an unknowable reason for it, at least in the cosmic scheme of things. Thanks to Doug Millaway for his guitar & percussion work, and to Jason Kapel for his always-present bass and a surprise track on Hammond B3.

No Other Way
This is another Millaway/Hamilton mid-tempo love song, suitable for either gender. As is our normal methodology, Doug sent me a chord progression and said, “Give it some lyrics.” So I did. Then he added lead & rhythm guitar, synthesizer and percussion. We added a bass track by Jason before running it by our favorite Nashville critic, Sally Barris, who suggested a more complex chorus. So we invited good buddy Paul Folwell to add some backup vocals, which dovetailed well with the work we’d already done!

A Lifetime To Forget
I’ve featured songs in earlier CDs that resulted from writeups with Nashville buddy Marc-Alan Barnette, a Music City veteran. This tune was given life in that situation. I brought the hook and Marc-Alan quickly came up with lyrics and melody for verse one and the chorus, leaving me to write the rest of it. Always an adventure! This is the simplest arrangement in the collection, with me on rhythm guitar, Paul Folwell on piano and Jason Kapel on bass.

Drew Her Heart
Co-writer Mike Subialka and I got together on his story that chronicles a relationship from its beginning in the tenth grade, through a wedding celebration to the birth of the couple’s first child. All upbeat and positive, thanks to musical contributions from Paul Folwell on backup vocals, Doug Millaway on lead guitar and percussion and (of course) Jason Kapel on bass.

We Know
During a brief visit to Nashville late in 2015, I looked up old friend David Werhane, who left Wisconsin to “live the dream” and write music from there. Over dinner, we conspired to co-write a song, something we’d always promised each other we’d do. A couple of weeks later, Dave sent me a sixteen-measure verse melody and sixteen more measures for a chorus. After Dave’s approval of my lyrics, I went into the studio to record the rhythm guitar and vocal tracks, later adding Doug Millaway’s lead guitar and Jason’s bass, recorded in their own studios. At the last minute, I returned to my roots as a percussionist and recorded a “egg shaker” track.

The Tree
Years ago, actor friend John Degen, with whom I studied, performed and taught theatre, told me a sad story about losing a 200-year-old tree in his mother’s back yard. He’d played under it as a youngster and was even married underneath its branches. His telling of the tale was so striking that I decided to put it in a song. After writing the lyrics, I struggled for a long time with the melody and finally called Larry Suess for some assistance on that. Within a week, Larry sent me an MP3 file with the perfect tune for my lyric. This is another simple arrangement, with Michael Loonan on piano, Jason Kapel on bass and Doug Millaway on percussion and on lead and rhythm guitars. All I had to do was sing!

Goodbye
Mike Rudquist and I have been co-writing together for years, and we are both very enthusiastic about this tune. Most of the tracks were captured at his home studio, and Mike even got his very talented son Jack to play electric guitar for the cut. Mike and I both played rhythm guitar tracks and did the “hand-clap” track, Mike played drums, and we called in Jason Kapel for the bass track and Paul Folwell for backup vocals. This is the most complex cut in the collection, and as close to a ROCK song as you’re likely to get from me!